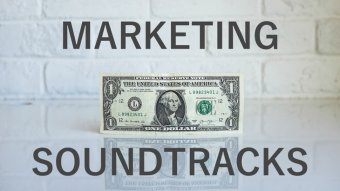 Marketing video game soundtracks is highly important and should not be underestimated. The opportunities for additional revenue and awareness for the composer and game devs are huge.

Having your game or soundtrack on a couple of storefronts plus its own website is good.

Having billboard advertisements for your work, strategically placed across the internet is even better.

The critical role of marketing is not just up to the game devs or a hired team, attracting an audience can be done by everyone involved with the project. This form of evangelism can be fully utilized by, you guessed it, the composer. Read through and you'll learn about:

The best part about these is that they each contribute to your long-term success as a composer, getting the most out of each game or film you write music for.

Of course, you need to discuss (and negotiate) marketing the soundtrack of the game or film with the company that made it, before you go ahead and throw it up for sale somewhere.

Royalties and who gets what are important things to consider, as well as terms of how to go about doing it.

As for when you want to be marketing these, the sooner the better. "Riding the wave" so to speak is going to give you a much better opportunity while the game is hot.

This whole process sets up the potential for recurring revenue on the composers' end (also devs. depending on the agreement). Normally, this kind of enduring well of honey would only be drawn in by shareholders of the company who developed the game or movie.

But wait, this also benefits them too! This product (the OST) kind of acts like DLC for a video game, allowing you to present this content to an already existing community surrounding the game (or film).

This makes it a lot easier to promote compared to standalone music created solely for listening.

The thing is, once you create it and put it up for sale, you pretty much only need to collect money and tell people about it. If you wanted to take it further, set up a plan to get people to the page to generate more sales.

This allows you to start increasing your income over time. The more soundtracks you make, the more sources of revenue you have. Sure, sales will probably go down over time and interest in the game may go down too. It’s just the nature of the industry.

When I say brand awareness, I'm not only talking about the company that made the game or film here. Whether you're a freelancer, entrepreneur or working in-house, you have a personal brand too.

Having soundtracks posted up for sale on major stores and even your own website can lead to satisfying the community around the game.

This is where things get interesting.

Doing this might also drive traffic the other way too. Someone may have never heard of the game before but after they listen to that sweet, sweet soundtrack of yours, they go and buy a copy of the game too. Sounds pretty good to me! Now, of course, that’s being optimistic.

Aside from slingshotting traffic from the game or film to the OST and vice-versa, you also get mini-portfolio beacons in places you may not be able to host your actual portfolio. Even without the ability to link back to your own stuff, you get that, dare I say it, "exposure".

No, really! It's going to have your name affiliated with something people might really like, whether it's the media your music is in or the soundtrack itself. Plus, you get paid for it too.

This brings attention to your talent, check out How To Get Noticed as a Creative if you want to hear what I have to say about this.

Now, there are plenty of platforms you can be selling your music on, and it really comes down to how you and the developer want to do it.

You can put the OST up for streaming, for sale, and even for free and make commissions off of game or film sales that come from tracked links on each soundtrack.

There are a few services that put artists music up on different platforms, although focused on promoting stand-alone music, it should be a good fit for OST's as well. It's not exactly a one-click solution but can be a lot more efficient than taking care of all of it manually (depending on how many tracks you want to monetize).

Out of the options out there, Distrokid seems to be the most affordable. It will get your music up on iTunes, Amazon, Spotify, YouTube and over 150 others.

Now, you should do your own research too, as this may not be the best solution for your needs. - You may not need that many platforms, want to pay to play, or would rather just go at it with the following approach.

If you're more hands-on, there are definitely some websites out there that you can tap into for promoting and selling your work such as Bandcamp and The Artists Union, not to mention the major stores and streaming services you probably already know about.

After you get your music up on whatever platforms you choose, it’s a good idea to promote them and you could even make a marketing strategy to build hype, get reviews, and anything else you may see as necessary for greater sales.

It all comes down to how far you want to take this.

A lot rests on the first impression of your product, packaging plays a huge part in the perceived value, even with it being music. Spending some time to get a good cover photo, description and reviews can have a positive impact on sales.

You don’t need to go crazy with it either, using some visual assets made for the game (if allowed) is good enough.

There is also the option to make physical copies of the soundtrack, such as CD, cassette, and Vinyl if you want to go primal. Consider what extras you can throw in as well.

Stickers, pins, bonus tracks, even a hand-written “thank you” letter!

It all adds to the experience.

Who pays for all of these extras should come down to your own negotiation, determined through royalty agreements and other "who gets what" settlements for revenue.

Just be realistic and take into account the size of the fanbase of the composer, the game or film, and discuss if it’s worth it to invest in physical copies of the OST, depending on expected sales.

I hope you enjoyed this article and if you did, please share it with someone you think could benefit from reading this, it would mean a lot. Thanks for reading! 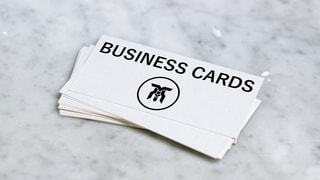 Tips On Business Cards For Game Devs (Artists too!) 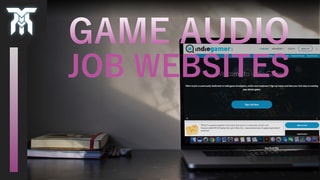 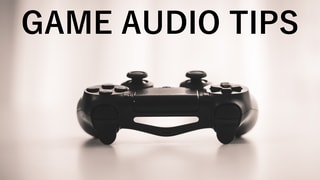 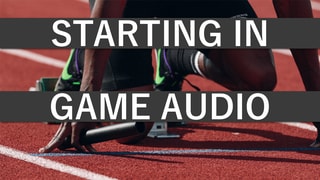 How To Start A Career In Game Audio