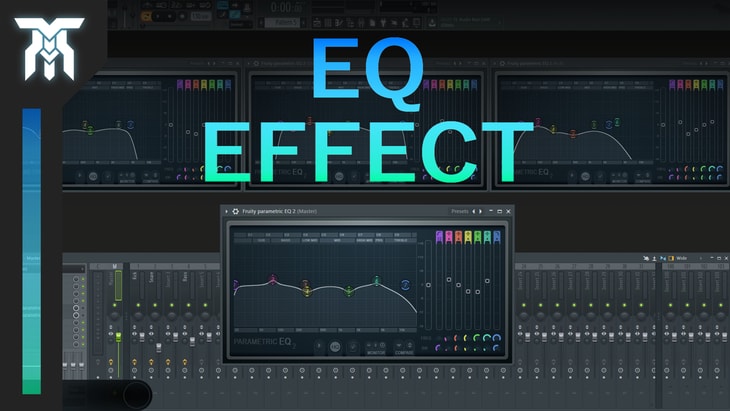 Learning how to use an EQ (equalizer) effect plugin on your music, sound effects, or voice isn’t that hard. This tutorial will walk you through how to use EQ and what everything does. If you’ve never used one before, that’s completely fine.

Chances are, you'll need to throw an equalizer at least somewhere in every project. It can be a bit difficult to know what everything does and where to make your adjustments, so let's take a look at all of the typical parameters and options you might come up against.

First thing's first. What does an EQ actually do? Well, the basics of it all is that it gives you control over the frequency spectrum of audio (well, at least for what humans can hear). This usually goes from 20 to 20 thousand Hertz.

To give you perspective:

There isn't only one location where a sound will have frequencies present either. A large part of the spectrum can be taken up by just a single sound.

The main reason why you would want to use EQ is that it helps everything fit together and can prevent conflicts in frequency. By using this filter effect you can kind of shape how things will sound by boosting or cutting specific parts of the spectrum that's played back by instruments and effects that the equalizer is applied to.

Bands are used to modify specific regions of the spectrum. You can position bands horizontally, which controls the frequency affected, and vertically, which determines the decibel level of change the band applies.

There are seven types of bands that you can use to determine the way each one handles cutting and boosting frequencies and you'll typically be able to disable bands that you don't need. Any type can be applied to any band and nothing's stopping you from putting the same type on every band. (definitely not practical, but just saying).

As you could tell, the names to these band types are quite self-descriptive.

Resonance: A frequency something will vibrate at but for the sake of EQ, think of it as a part of the sound that is kind of boosted on its own and might sound unpleasant.

Filter Slope: This determines how rapidly or progressively the gain of frequencies will drop off or rise up surrounding the band. This curve connects the highest point to the lowest point of a band and its steepness is determined by the type of slope you use.

Now, there are a few techniques that you can apply when using your EQ that we’ll go over in this post - although there are plenty more you can use.

The first is that it's important to roll off frequencies below 20 or 30 hertz on your master channel if you expect it to be played at a venue that requires powerful speakers to reach the audience. The reason for this is that frequencies below this level tend to be less audible and more physical. This is where the bass just starts to shake everything up and can cause the low end to sound muddy (which means lower frequencies start to blend together and sound less defined).

A good rule of thumb is that you want to cut (or reduce the magnitude frequencies), more than you want to be boosting them. The reason why you would cut rather than boost frequencies is that when you boost over multiple tracks, you start to make everything louder, which can be harder to deal with and doesn’t remove a sound’s weakness, it just leaves it there. You don’t ONLY have to do subtractive EQ either. Boosting has its place, though with subtlety.

Another tip is more of a mistake to avoid. Don't ONLY use your eyes to determine where to place a boost or a cut. Listen to how it sounds, and the key is to actually not change how it sounds that much. Pay attention to where it starts to alter the sound, around there is a safe place to start making cuts especially.

It's also important to EQ while everything is playing, rather than always just making adjustments while soloing the sound. You can definitely adjust frequencies while isolating the sound, it's just a good idea to do most of it while everything is playing. You won’t truly know how will sound to the listener unless you play it like you’re the listener.

There are no hard and fast rules for this, but overall, it's good to make careful and subtle changes with equalization. Don't forget that all of this is simply raising or lowering the decibel level of specific frequencies.

More articles on how to use effect plugins.

If you found this tutorial helpful, please, share it with someone you think would find this interesting! Thanks for reading, take care.