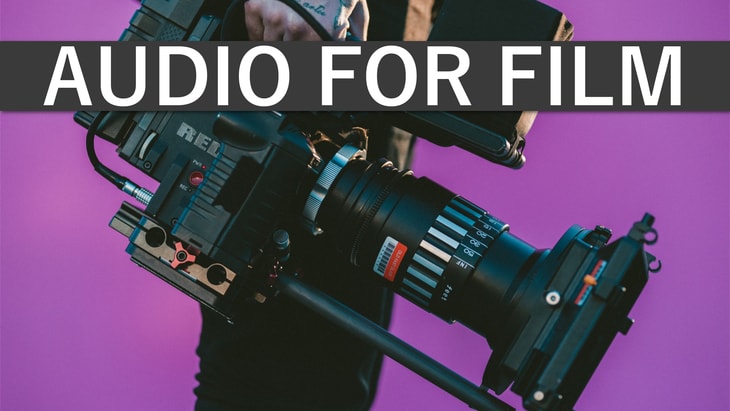 These Tips on recording audio for film are going to help you make better decisions on-set and in the approach you take when recording the audio of your production.

And don’t brush audio aside either. It plays a significant role in the entire production and can make or break your film. If it has audio that is.

Whether it’s sound design, foley, or recording on-set, there are some important techniques you can apply to get it all sounding just right.

When recording audio for your film, you generally have two options. Recording audio onto the camera or on a separate audio recorder/mixer.

Recording it directly to the camera you're using to film is going to make it easier to sync up as it’s pretty much lined up for you.

And, even if you aren’t going to use camera audio in the film, the audio from the camera can be used in editing (post-production) to sync audio recorded from a separate device.

The drawbacks are that it can limit you with how many channels you can record to and the pre-amps may not be as good as a field-mixer.

Some mics have a high resistance (ohms) which helps reduce interference from the signal but also needs more power to record at its highest quality, hence the need for a pre-amp in some cases.

With that being said, make sure there is a source of phantom power for mics that need it and make sure it is engaged.

Then, after everything has been recorded, review your audio before anyone leaves. You might have to do it again and it might be too late once you leave.

You’ve probably heard the term b-roll before if you have any experience with making videos. For audio, this is similar to recording wild tracks - typically at the same location of filming.

Recording extra audio on the same set is going to save you a bunch of time later and can make it sound better than recording something that sounds similar at a different place.

This can also include recording the sound of a crowd as main and extra actresses/actors start to gather before filming.

Not necessarily extra but try to record clean audio if you have the opportunity and by that I meanwhile everything else is quiet.

By separately recording different elements in the same scene, you can have a much easier time editing with isolated tracks, not to mention more to work with.

You should also capture roughly one minute of room-tone (or ambiance) before or after filming. i.e. recording the set without any dialog, which will help with editing.

Setting Up Your Equipment

There are many different standards people set for their productions and as an audio person, you should check with the production team what they need.

This would be the sample rate (in Hz) and the bit-depth, typically 16 to 32-bit for modern productions.

The industry standard for film audio is said to be at 48kHz/24-bit.

As some bonus tips on setting up the environment before filming:

Scout out the set locations before filming to assess any problematic noises and either fix them or choose a different place to film if you can’t and it will make recording impractical.

When filming near a train/bus route, know the schedule so you can time scenes.

In addition to scouting the set, make some test recordings to understand the acoustics of the room/area so you can set up acoustic treatment if you have to.

This would just be things that absorb sound well such as blankets, foam, etc., and would be placed outside of the shot (video).

Recording at the Proper dB Levels

Now, before you record, you’ll need to set up proper gain staging.

This just means dialing in the input levels (in dB) to only reach a certain amount even at the loudest sounds (peaking).

For film, it’s generally best to have your master channel peak around -15 to -12dB, leaving plenty of room for mastering (or finalizing) your audio in post-production.

If all else fails, just keep it below 0dB as the signal will become distorted past that.

Audio Equipment You May Need

Not all of this equipment is needed for production but can definitely make it easier to capture high-quality audio. 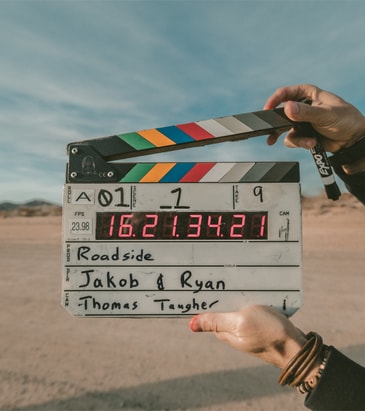 This is not only used for marking information for the video editors but is also used to create a large spike (known as a transient) in audio to help sync up the audio to video.

This can really be anything as long as you record the sound being made on camera too. 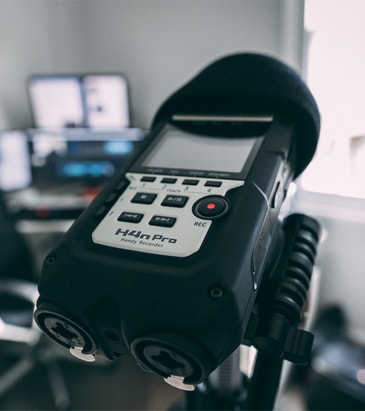 You can use a field recorder such as the Zoom H4n, letting you record with an x/y mic as well as having 2 XLR inputs.

Or, you can use something more advanced like the Mix-Pre 4 which doesn’t have a built-in mic but has 4 XLR inputs and is easier to manage mics with. 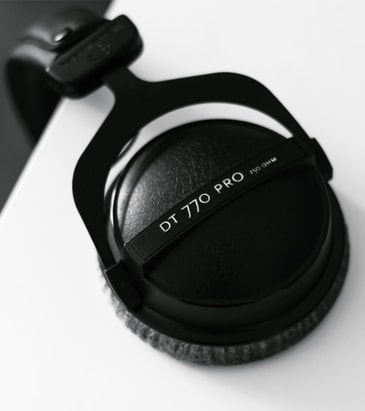 To accurately hear what the mics are picking up, you’ll want these kinds of headphones to isolate you from the environment, especially if it’s noisy.

Great for dialog, these can capture high-quality audio right from the actor/actress. Having one that’s wireless is even better as it’s more portable and concealable.

These can be hidden on your characters to get more isolated vocals without being seen.

These types of mics are used to capture sound wherever you point it and is generally more sensitive in that direction, thus isolating the sound more.

Having this will almost require the use of a shock mount and a boom-pole or other grip. And, if it’s an XLR mic, you will need an XLR cable. 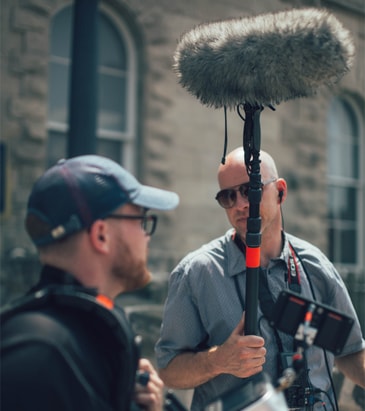 Wind can really destroy a good take when it comes to audio.

To suppress this interference, you can use a wind muff (known as a deadcat).

Handling the mic can also pose a huge problem to clean audio and having a suspension/shock-mount can really help eliminate unwanted sound.

Lastly, you’ll probably want a boom pole or a pistol-grip for your mic so you can dynamically aim it, instead of having a fixed position with a tripod.

The boom-pole would be better as you can get it closer to the source of sound without it being seen. And, a tripod might be better depending on the situation.

As a popular saying in Foley production, the same goes to audio in a film; It should only be noticeable if it’s done poorly.

I hope you enjoyed these tips for recording audio for film. Share this with someone too! As always, thanks for reading. 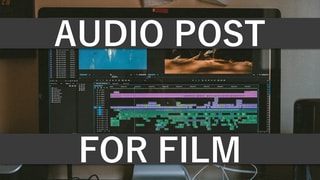