How To Start Voice Acting 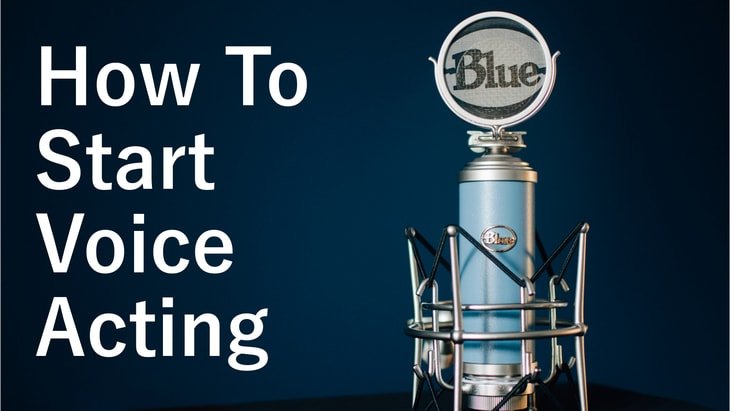 If you’re wondering how to start voice acting, you might also be thinking that only a select few can pull off professional voice acting, but the truth is, pretty much anyone can do it. All you need is to do is speak clearly, with confidence and have at least some training.

If you're thinking about being a voice artist yourself, this voice-over tutorial is definitely worth your while. If you’re still just trying to figure out what is voice acting, this post will not only go over that but the equipment you'll need, the right recording environment and how to improve your chances of getting noticed by an employer.

What Is Voice Acting?

What is voice acting? First of all, Voice acting is when you voice an animated character and voice over is typically narration, voicing an advertisement or really anything where you're not voicing a specific character.

Now, don't worry a whole lot about mixing up the two. They're both generally going to be understood as the same industry.

Now once you start working in this niche, you'll commonly be referred to as Voice Talent or a Voice Artist. This is a pretty refined category of work as it is, but there are plenty of unique opportunities in this career path that might interest you.

The following fields of work don't have an income listed, as this industry is heavily based on pay-per-project.

This payout system is going to leave it all up to you. How much you want to work and how much you wanna get paid go hand in hand, so your income in any of these will be different for everyone.

Being a narrator can bring in some gigs with documentaries, visual novels, audiobooks, and films just to name a few. This niche is a great choice if you don't feel like being highly expressive or changing your voice to match a character.

As with audiobooks tending to be on the longer side of a script, you can expect a more secure income once you get brought onto a project.

If you'd love to be the host of a radio station, podcast or even voice a commercial or advertisement, this is the field for you. There is also work at sports stadiums, shopping malls, live events and other public places. You can essentially use the same techniques and voice for each.

So, finding your style and sticking to it is all you really need. Besides changing it up for the general mood of the content, there's no need to develop different characters or personalities for a production.

The video game and animated film industries can be a really fun experience for voice artists. Adopting the role of a character or even the story's theme for narration work can be eye-opening. Exposing the potential of where your voice can take you.

If you love to express yourself and develop a character's voice and personality, this might be the right choice to establish the majority of your work around.

A dub in this industry is mainly the replacement of original voices that are in a foreign language. This is done when the media being dubbed is going to be played in front of an audience that speaks a different language. If you liked the last one, this isn't too far off from making the original vocals.

Those are the biggest categories for voice talent but are in no way the only ones out there. You can find work in many other areas such as training videos for companies, toys & games, even online tutorials, just like the one you're watching now!

If you can't really find out where you might have success in, try looking at others in the industry and see how your voice compares across each niche.

Now that you know what’s out there, it might be time to consider this as a career, or even as a hobby! Keep reading to learn about voice acting equipment and more things that can help you in this field of work.

Out of all the voice acting equipment you can get, the most important thing you'll need is going to be a relatively good microphone and the right kind as well. When it comes to recording vocals in a controlled environment, your best bet is to use a cardioid condenser microphone.

This kind of mic records audio from the front and doesn't pick up as much from the back (if any at all). This is great because when you're voice reflects off of walls or objects in the direction you're speaking, it can bounce right into the back of your microphone.

This might make your recordings sound unclear, full of reverb or really echoey.

Another thing you'll probably need for quality recordings is going to be a pop filter. These reduce or eliminate plosives, which are just bursts of air from saying the letters "p" and sometimes "b".

Another critical piece of voice acting equipment is a microphone stand. This will help keep the microphone's position (distance, height, etc.) consistent, which is really good to have during a project that is spread out over multiple sessions.

The advantages of having a microphone stand are freeing up your hands to hold a script, to better express yourself, and to eliminate the noise of handling the mic.

Selecting a room or location to record is going to have a huge impact on the quality of audio. Although you might want some natural reverb, most can be added by an audio engineer later, so it's best to reduce as much reverb as possible.

There are a few ways to reduce echo, reverb and change the way the room sounds. This is referred to as "acoustic treatment". Furniture against the wall, such as a relatively full bookshelf, couch or even a bed can absorb a lot of the sideways reflections.

And if you have hardwood or tile floors, setting up your mic on top of a rug or carpet will help dampen the reflections from above and below you.

Now preventing your voice from actually hitting the walls around you, is gonna be a game changer. If you can, try to place pillows, hanging blankets, and/or couch cushions behind the microphone.

Not only is this going to make any room more feasible, but if you set up acoustic treatment with it, it's going to sound a lot better.

Now that we've established the principles of getting a clean recording, let's move on to getting it heard and getting you a job.

Before reading through this next section, you might want to take a look at these tips for voice acting if you’re just starting out.

A demo reel or a portfolio of work is fundamental in this industry, as people generally want to know your talent, not necessarily your education or previous work.

Your demo reel should consist of a general overview of accents, styles of narration or characters you can voice or have voiced in the past. Just remember to make a demo, relevant to the kind of work you want to get.

This kind of resume should definitely be put online and on the right platforms. Here are a few sites that you can host your demo reels:

Now LinkedIn and Voices are great tools to audition and get work, as well as networking. As for SoundCloud, it's more of a host to direct people to and really isn't a good place to get natural exposure as Voice Talent.

After you have some sort of foundation around Voice Talent, it's really important to start getting to know what’s going on in the industry.

First off, getting to know people that may work with you in the future is a big deal. Look around on social media for people that are Voice Artists themselves, or are involved in a production that may require some Vocals relative to what you do.

That last part is critical. Don’t just network with people doing the same work as you, get to know the people that would hire/pay you too!

Now that you know how to start voice acting, you should be well on your way to finding work as a voiceover artist. Thanks for reading, be sure to share it with someone you think would find this post interesting! 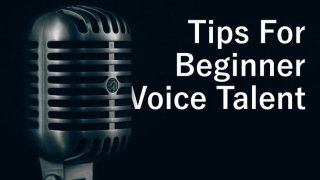